For the first time in the ABIDE program, girls & boys (or ladies & gentlemen as some prefer to be called) went on a mission together.

We took over 40 staff and students to the village of Kishanje to share the truth of the Gospel with the community.  This is one of the places I visited when I came to Uganda for the first time, and it always feels a little like going home when I visit this village.  It felt a little strange for all these Ugandan students to be asking me if we were going the right direction as we were climbing hills, or walking through the school.  Whether walking along the road, visiting the schools, or attending church, I had people approach me for mini-reunions.

The girls were intending to leave Tuesday morning, and meet up with the boys at their house.  The distance on a good day, without complications should take two hours.  Well, things rarely happen without complications!  That morning we experienced heavy rain, which significantly delayed our ability to pack up the van and go.  I think we ended up leaving about two hours after we intended.  Since I walk to work, I was stuck at home.  Out of boredom and an attempt to use up some food before I left, I ended up preparing a second breakfast as I waited for the rain to stop. 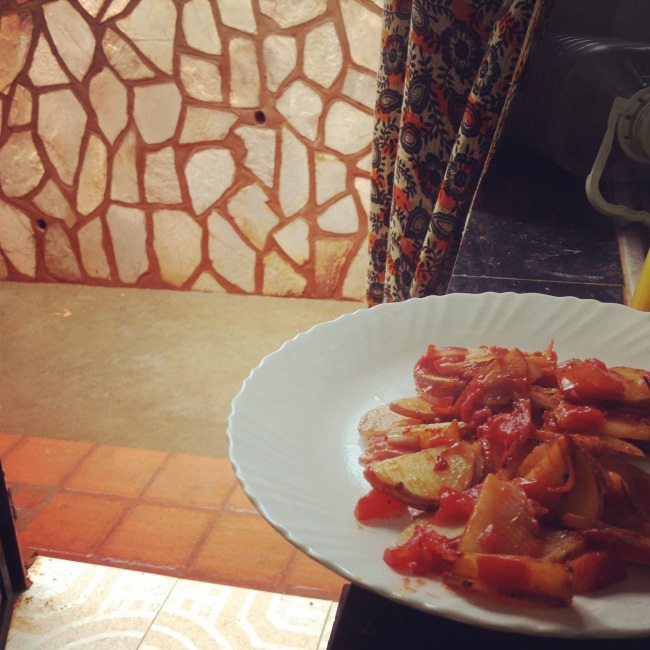 Finally, with it still drizzling, we decided to start the journey…but we first had to make some stops in town to purchase food our group would need throughout the week.  In an attempt to not overload the vehicle, we sent our Director, Michael, ahead of us on a bus.  About an hour into the journey (not traveling as fast as we would in those no complication situations), our driver, Charles, was forced to pull over while we were half-way up a hill and simply said And that is where we stop.  There was no way that van was going to go any further.  So we sat there and tried to figure out what possible solution we had.  To make a long story short…Here is what happened:  Through a combination of girls walking and the van moving while basically empty, and faith-packed prayers, we miraculously made it through a small town and to the next major one (Ntungamo for those of you familiar with Kabale-Mbarara road).  We sat around for five hours while mechanics attempted to fix the clutch.  We gave up on them, found a taxi, and smashed ourselves into it.  Meanwhile, we sent Charles back home, and asked our mechanic there to come visit the van in the morning.  By the way, the taxi driver was shocked to realize that the students were asking me (the only non-Ugandan in the vehicle) questions about where we were, how long it would take, etc. and that I knew the answers! 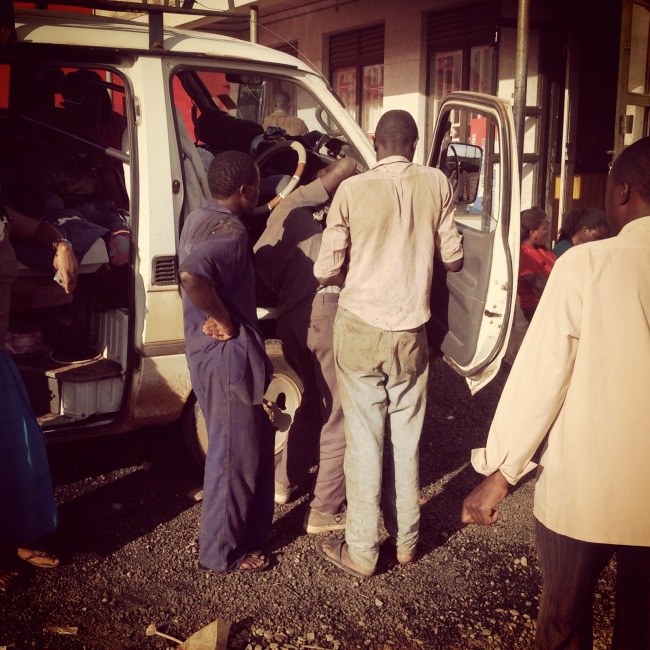 When we finally found ourselves at the boys’ house the next day, we were welcomed into an intense time of prayer for the mission. 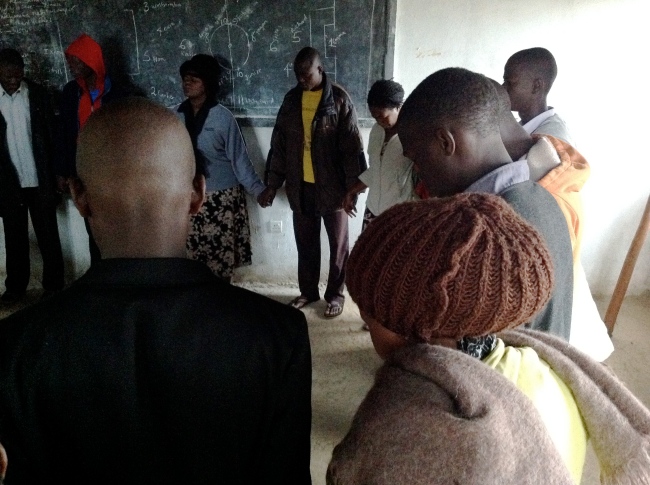 Since we were still missing our major form of transportation, we ended up taking a boat across Lake Bunyoni, then hiked up so-called hills (anyone not from this area would call them mountains) to reach our destination in the village of Kishanje.  Most students had never been on a boat before, and they were quite nervous before we took the 30-minute voyage…upon reaching the dock, all but one agreed that they would do it again if given the opportunity. 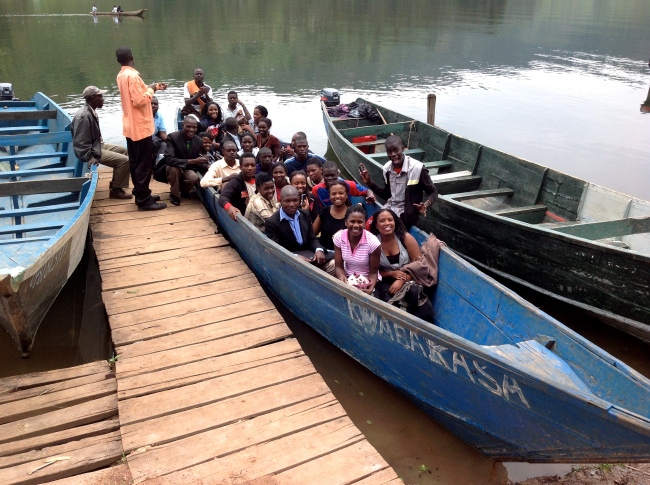 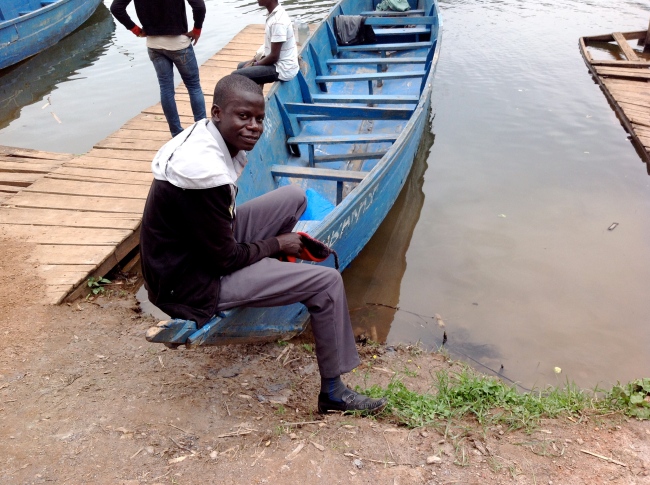 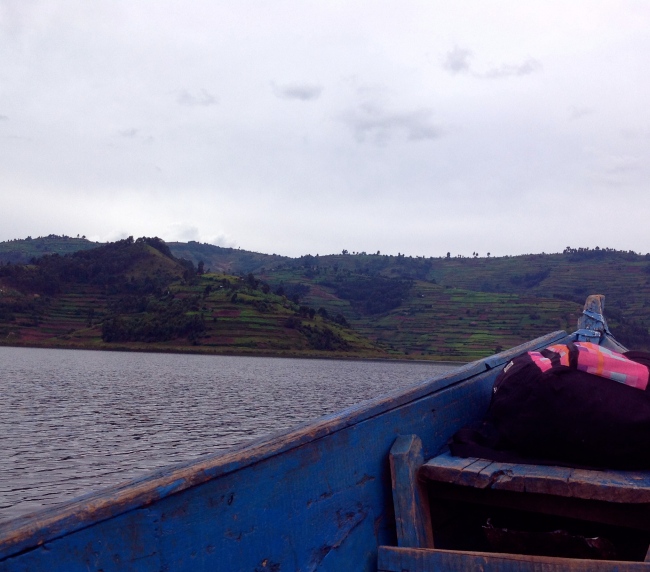 The ABIDE students from this village led us through various ministry throughout the week.  At times we encountered some challenges, but everyone did well.  It is not easy to coordinate a week-long mission with over 40 people!  We saw many people come to know Jesus as their Savior, and countless others encouraged in their faith. 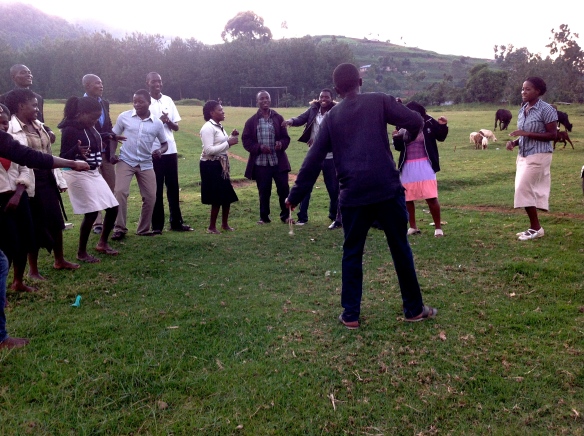 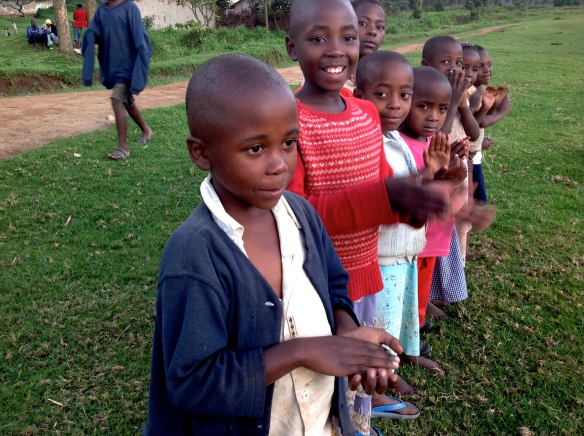 Nickson is sponsored by a family in my church. We were holding a crusade near his home. When he saw me, he came right over, waiting to see if I recognized his precious face. 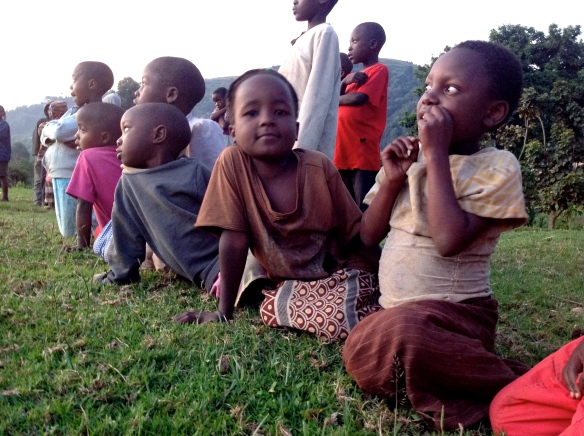 The little girl facing the camera is certainly a leader in the making. While the ABIDE students were singing, she was leading the children in the song. 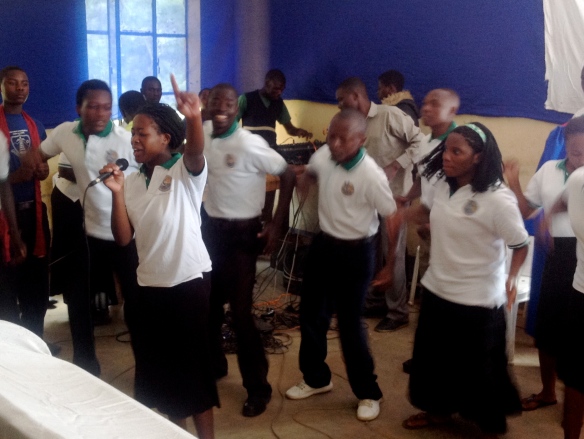 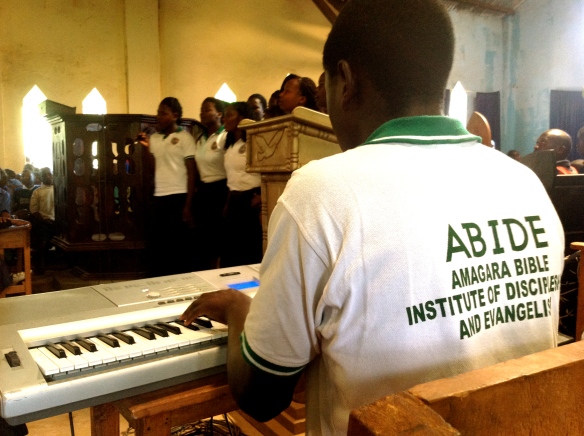 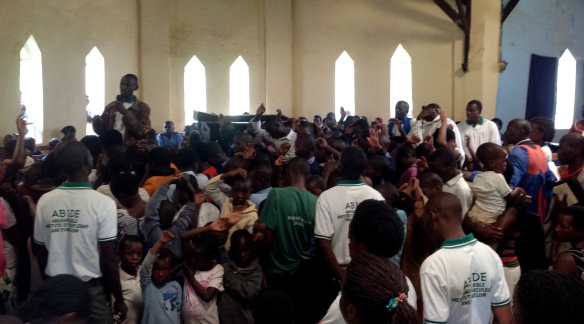 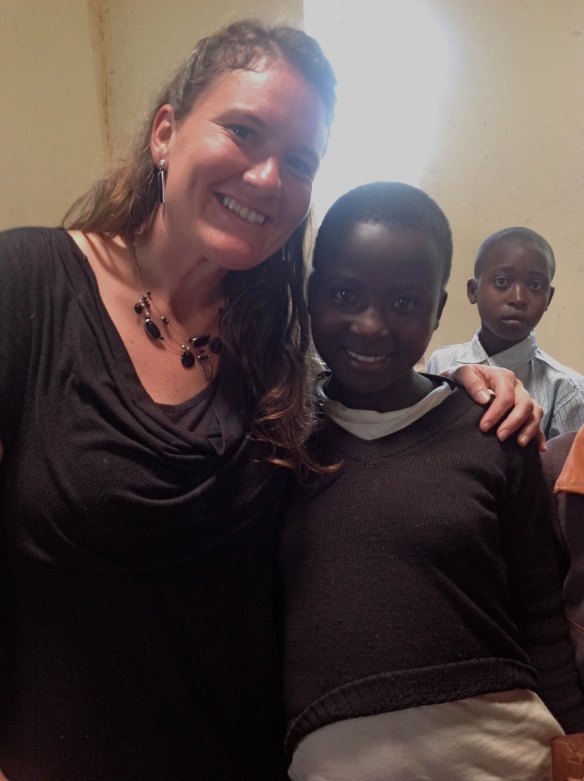 Costa is sponsored by a family from my church as well. Her sponsor was on our first team to Uganda in 2010. When she spotted me in church, Costa didn’t stare at me and my white skin from afar like most of the children. Instead, a big smile burst onto her face, and she boldly made her way across the church and sat next to me, as if she had reserved seating.

In the mornings we held some of our regular classes. 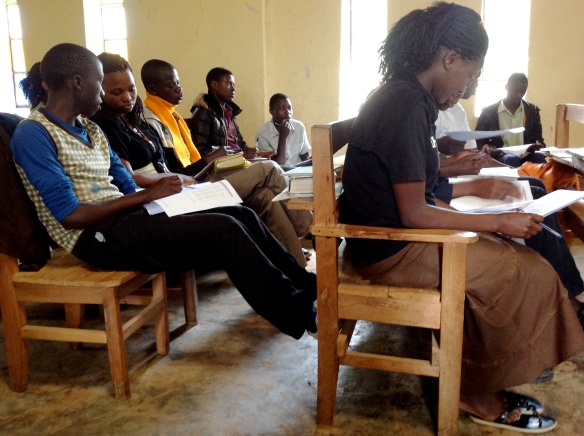 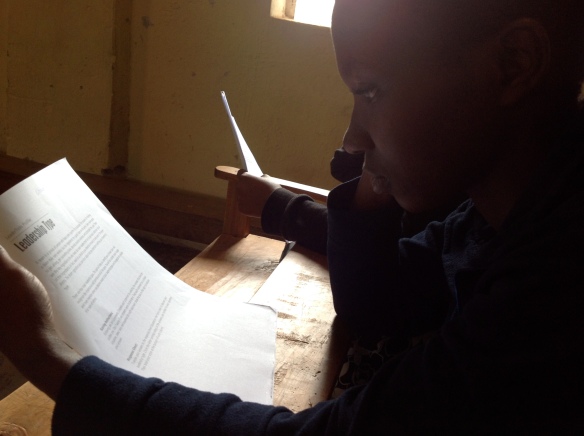 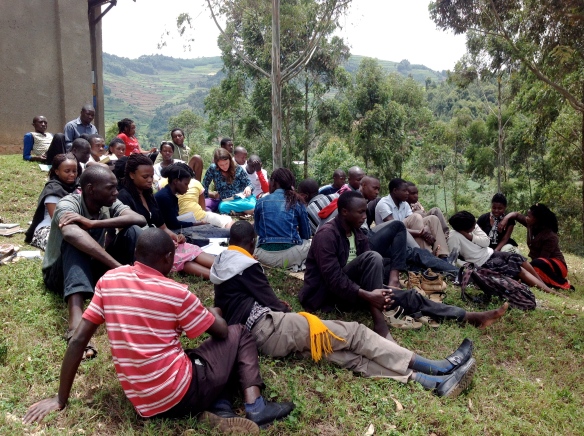 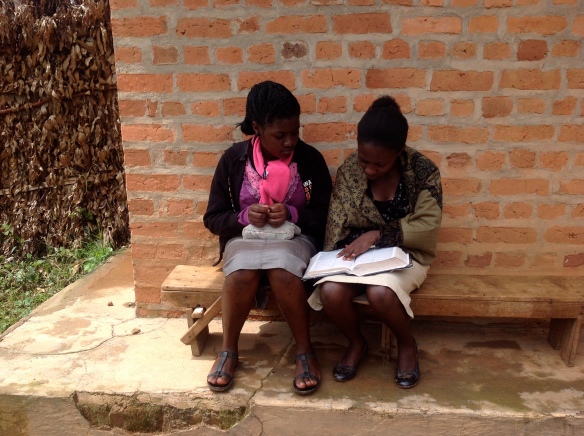 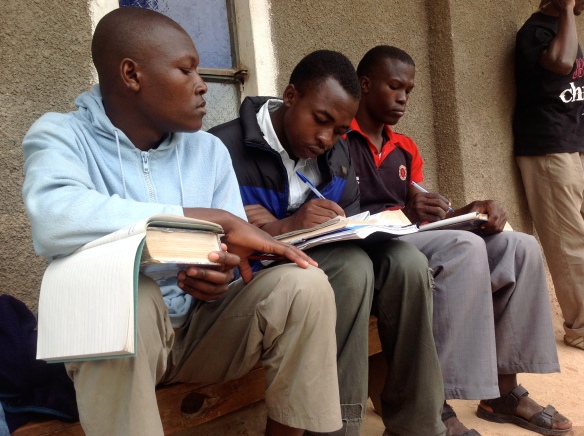 We spent a lot of time climbing…and one afternoon we went on an extremely long hike, but were able to see some amazing views of God’s creation. 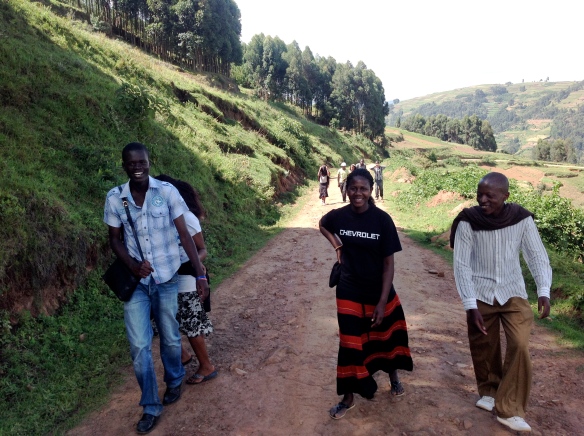 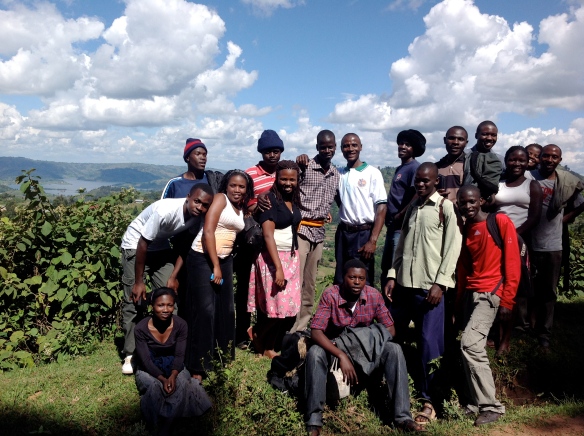 The lake in the upper-left corner is the one we took a boat across earlier in the week. 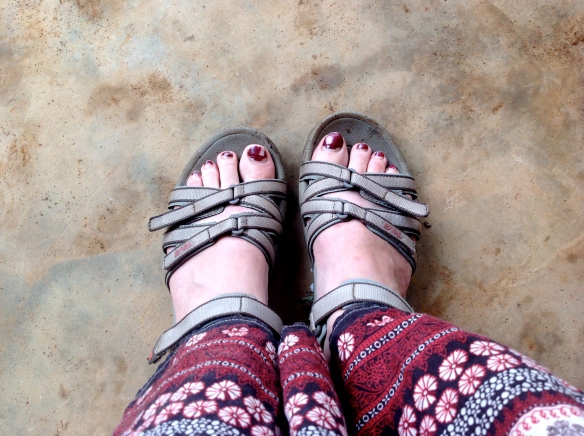 I wouldn’t have made it through the week without these sandals…I don’t know how everyone else climbed. Some were even wearing dress shoes! And yes, I know my toe nail polish needs to be redone…

After many years attending games with mostly Hispanic players, my instinct was to cheer in Spanish…but I got myself under control and remembered I was in Uganda, where no one speaks Spanish. 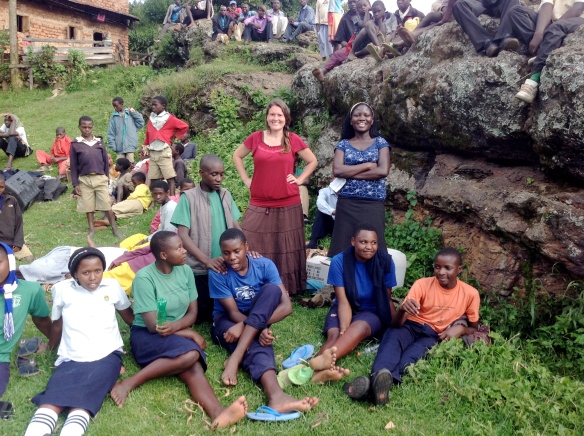 As Team Doctor I was hanging out with the spectators. Team Doctor really means Water Girl & Organizer of the boys’ first aid box. 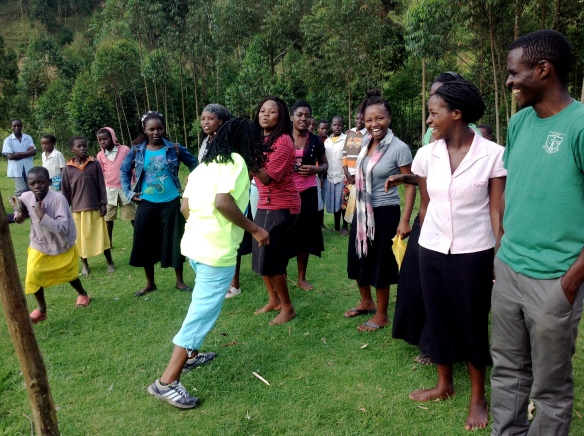 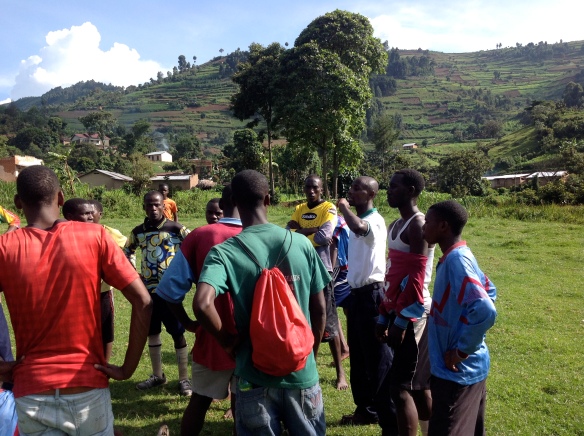 Because the game is more about ministry than competition, the ABIDE Director gave the high school students a pep talk at half time. It must have been inspirational since afterwards they were able to take the lead and win the game.

Below is one of our students from Kishanje, and her accountability partner, with her parents and sister-in-law.  This family hosted half of the girls and all the female staff for the week–what a blessing! 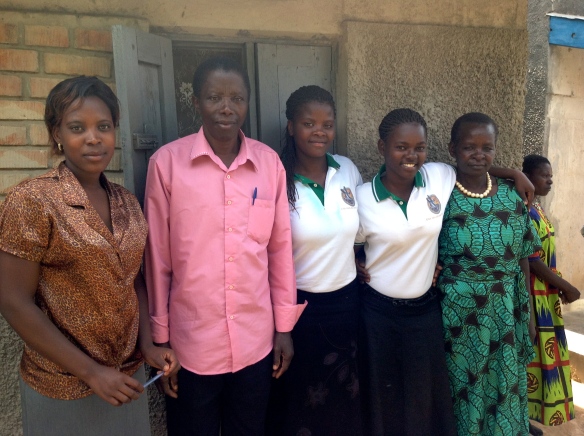 As we sorted out the logic puzzle of getting so many people back home, several students and staff members had the opportunity to take the boat across the lake again.  We had left some in the village, and slowly by slowly all the students have made their way back home for a three-week break.  It is a bittersweet time.  Students are missing home, but as they reach their destinations, the communication we receive (not to mention some tears at departure) indicate that ABIDE has truly become their family. 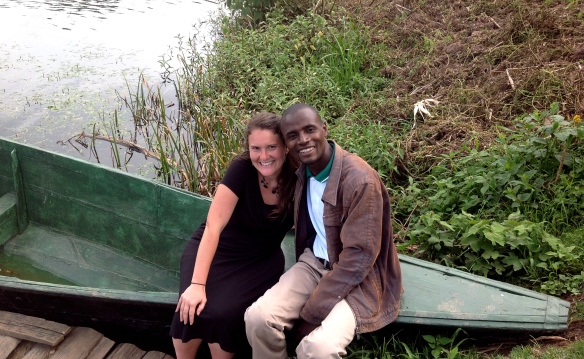 Michael is my coworker, boss, friend, driver, brother, and so much more! I’m so thankful to be working with him in ABIDE this year! (Not to mention, he has an amazing wife and three great children that I love spending time with too…but they didn’t come on the mission!)

3 thoughts on “ABIDE in Kishanje”