At ABIDE we have a cook who makes most of our meals. Her name is Annette. Shortly after getting married, her husband left her, and she hasn’t heard from him since. She now proudly claims Jesus as her husband. When she was abandoned, she was pregnant. She now has a little boy named Jordan, who I think is about four years old. He is in a preschool class at Juna Amagara’s school. It is on the same property as the ABIDE house. Jordan eats most of his meals with us, after all, his mom cooks it!

Over the past few weeks, Jordan and I have bonded. He loves to investigate my jewelry. I love to tickle him. (He has the best laugh!) He likes to count, most frequently my fingers. I like to kiss him on the cheek. (Now he kisses my cheek in return about 75% of the time.). Though we don’t always understand each others’ words, we are doing our best to communicate with each other. In fact, sometimes he will tell me what things are called in English to demonstrate what he knows, and occasionally I am successful in getting him to tell me what to call things in Runyankole.

A couple weeks ago, the ABIDE girls and I attended a church that Jordan and his mom usually attend. When he saw me, he walked several rows in front of him to climb into my arms. I’m sure many people wondered why this boy would pick me out of the crowd and so confidently embrace me. (The constant inquisitive looks from various people during the three hour service confirmed their curiosity.) At one point a man tried to encourage Jordan to attend Sunday School, but he didn’t even entertain the idea. Before long, this sleepy little guy dozed off in my lap.

Anytime I come home after being gone for awhile, and Jordan is on the property, I can expect him to come running for me. Whenever I come in the back gate, I try to keep a look out for him because when he gets a big running start I need to brace myself. That boy can run fast and is kind of a tank of a little boy, so it’s not good to be caught off guard when he runs his fastest and then launches himself into my arms!
I pray for God’s protection and provision for this little man. After all, He is “a father to the fatherless”. Psalm 68:5 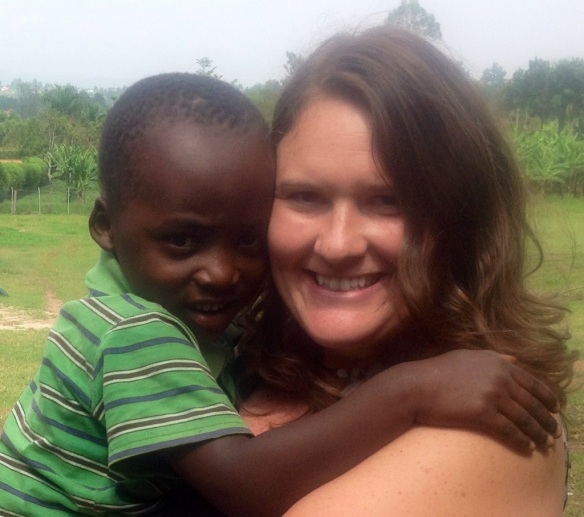